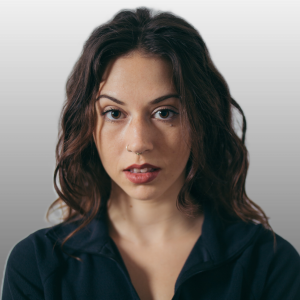 Atlantic Records announced yesterday that Liz Goodwin will be joining the label at the end of the month as General Manager.

Goodwin joins Atlantic Records UK after serving as UK Managing Director at Glassnote Entertainment since 2016. During this time she worked on campaigns for Jade Bird, Childish Gambino, Dylan Cartlidge, Half Moon Run and Mosa Wild.

At her new role, Goodwin will be responsible for overseeing the long-term career strategy for domestic and international artists on Atlantic’s roster, as well as working closely with the Marketing, Digital, Creative and PR teams to deliver campaigns.

“I’ve always admired the incredible team and world-class roster of artists at Atlantic, and I’m delighted to be joining the label at such an exciting time for the company.”

This is just one of a few changes at Atlantic’s Team. Max Lutkin, long-term employee at Atlantic, has been promoted to Head of Marketing, as Marketing Director Callum Caulfield leaves the company. Austin Daboh leaves Apple Music (Head of Editorial for UK & Ireland) to join Atlantic as Executive Vice President. Briony Turner and Ed Howard become co-presidents of the label. This major reshuffle of the senior management team comes six months after Ben Cook’s very high profile exit after dressing up as a member of Run DMC at a party.

Turner and Howard show their praise of Liz Goodwin saying:

“Over the past two decades, Liz has played a central role in developing the careers of some of the most important and influential artists of our era. Her strategic expertise, combined with her wealth of experience across a broad range of genres, makes her a fantastic addition to our senior leadership team.”

Goodwin’s career in the music industry began in 2000 as Label Coordinator at ZTT Records, before moving to Polydor Records in 2001 as Head of Campaign Strategy. While at Polydor she oversaw the creative and marketing strategies for a range of artists including Lana Del Rey. Over her career Goodwin has directed the campaigns for Eminem, Imagine Dragons, Lady Gaga, Shura, Snow Patrol and led the award-winning campaign for Elbow’s album, ‘The Seldom Seen Kid’, which sold over 1 million copies in the UK.